With its 3,600 kilometers of coastline and beaches as diverse as magnificent, Morocco is one of the countries most prized by the surfers of the whole world. Overview of the best areas where to surf in the kingdom, from north to south.

Mehdia, next to Kenitra, is the spot where everything began in the 60s.

At 30 kilometers away, there is another spectacular wave in Rabat, in front of the surf club located at the foot of the Casbah of Oudayas. The small beach, located between two embankments, is perfect for novice surfers.

The area of Dar Bouazza / Bouznika is certainly one of the best surfing areas of Morocco, thanks to its frequency of waves and its multitude of spots, many of which have never been surfed before. The best known and classic waves are La Bobine in Dar Bouazza, 15 kilometers from Casablanca, and La Crique in Bouznika. ” These two spots are classic, excellent even if not very powerful “.

The Creek  in Bouznila has already hosted several editions of the European Longboard Championship. In September 2015, the European Junior Surf Championships will take place in Casablanca, as well as a WQS Pro (World Qualifying Series) stage.

The center zone is undoubtedly the  most  zone exposed to the powerful waves of the Atlantic. In Safi, the wave of Rass Lafaa, ranked among the 20 best waves in the world, has landed the biggest names in the discipline, such as Tom Carroll, Gary Elkerton and Jeff Hakman, and continues to attract the world’s best surfers.

Named the “city of the trade winds” because of the strong winds blowing on its ramparts, Essaouira is best known for kite-surfing. But it also has a magical surf spot, a little further south: the small village of Sidi Kaouki and its cape (Cape Sim), have become one of the best spots in the region. Because of the strong currents, the spot is more advised to the confirmed surfers.

Descending 80 kilometers from Essaouira, the bay of Immessouane, north of Agadir, offers five to six different spots for all levels. Everyone will find his account there. Not far from it, there is another spot, Cap Tafelney, where by huge swell, an enormous left delights the professionals.

Further south, Tamri, with its beach-break, but especially its “reef” which generate tubular waves, is also a wild spot appreciated by surfers. The most famous wave, nicknamed “Labo”, is mainly made known after the passage of a team of professionals who made a book and a film on this area.

According to professionals, Taghzaout is “the Mecca of Moroccan surfing”, which has generated the most stories in the world of surfing. Spot idyllic, the greatest surfers have been staying there since the 70’s. The best known waves are La Pointe des Ancres, Mistery, Killer Point, Boiler … and other “world-class waves”.

With its magnificent ocher cliffs plunging into the ocean, Mirleft, located between Tiznit and Sidi Ifni, offers an idyllic and grandiose setting to Moroccan and foreign surfers come to enjoy this other spot of interest in the region of Agadir.

On the edge of the Sahara, Dakhla is another unforgettable surfing enthusiast.

Beside to Mirhleft, Morocco as well is known with other wild beaches like for example Sidi Kaouki near to Essaouira, La grotte, Legzira, Mehdia, Tamraght and many others, but the most famous ones are those cited.

The Moroccan climate plays a primordial role in surfing as an activity  and varies according to the season and the region.

Morocco is a country in the subtropical zone of North West Africa. It is characterized by a very different climate in different regions. Indeed, the coastal zones benefit from a temperate climate, while the climate is desert in the south and the east of the country. The Moroccan climate has many nuances and can be divided into seven subareas, determined by the different influences that the country undergoes: Mediterranean to the north, oceanic to the west, continental inland and Saharan to the south. The climate also varies according to the seasons, but stays the best in all its ways. 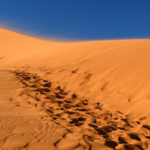 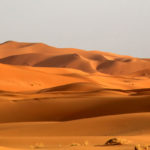 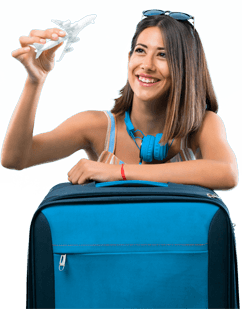